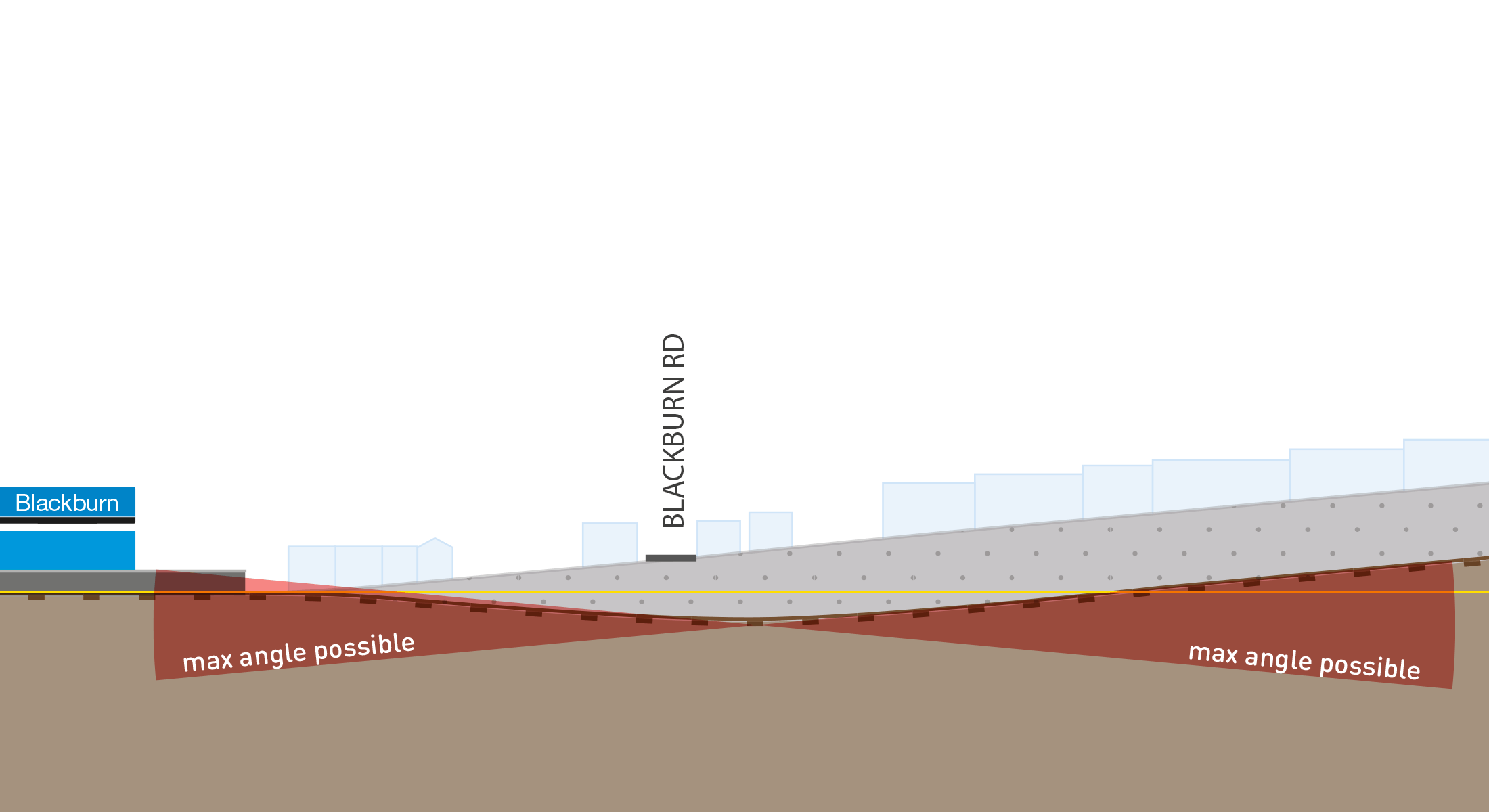 When an accurate answer sucks understanding out of the room, the question needs to be changed.

Asking the right questions is so much more than rattling off a standard list based on who, what, when etc. It requires the ability to understand the expert answering the questions whilst standing in the shoes of the people affected by the answers and finding a way to ask questions that will provide useful and relevant answers for them.

When the Blackburn level crossing was being removed, the construction team found themselves with a situation that was tough to explain to locals. They were being asked why there had to be such a long and deep cutting made to the east when the west side of the crossing had a very short cutting. Reasonable question. No really obvious answer though.

We were called in to help explain the longer, deeper cutting so we asked the same question – why is it necessary? And we immediately encountered expert language. The answer was that the train had to “chase the grade”. The answer was accompanied by nodding heads from the experts in the room. Huh?

Now we had an answer but it was a useless answer for the public who were unlikely to know what it meant, nor were they likely to care. To really answer the question, the consequences of the train having to “chase the grade” was the explanation that needed to be teased out. And it had to be explained with a picture which could overcome language barriers, provide context and grab attention.

Our role in helping experts communicate is to view the situation as an outsider would and then find a way to make the explanation meaningful, or at least relevant, to the people affected by the project. The most useful questions to have answered when developing an explanation are “so what” and “how does it affect me?” but they can’t be asked like that as those questions don’t pull the right answers.

What we discovered from the technical drawings of the construction was that the next station to the east, Nunawading, was at a higher elevation than Blackburn. The story had emerged – we needed to explain how the train would get from its lowest point under the road at Blackburn station to the higher ground at Nunawading station whilst “chasing the grade”.

Visual stories are constructed of several components. They need data or facts, they need context, and relevant experience needs to either be included or triggered. The goal is to get the audience to take away information that will be the precursor to knowledge. The equation works like this: data in context + experience = information.

All that was left was to distort reality a bit to make sure we could get the whole picture into a diagram that could be contained to an A4 page – the slope was quite gradual so the height difference between Blackburn and Nunawading had to be exaggerated but not be incredible.

Understanding what “chasing the grade” meant was no longer required. Now there was a tool for the experts to use to explain why the cutting had to be as long as it was – and the explanation worked because it sat within the viewer’s context and experience.

Creating meaningful visual tools starts with asking questions designed to extract useful answers. Then the equation of: data in context + experience = information can be used to check that all the elements for an effective story are in place. The rest is delivery technique and presentation style.

No items found.
all posts