Schematics in the media 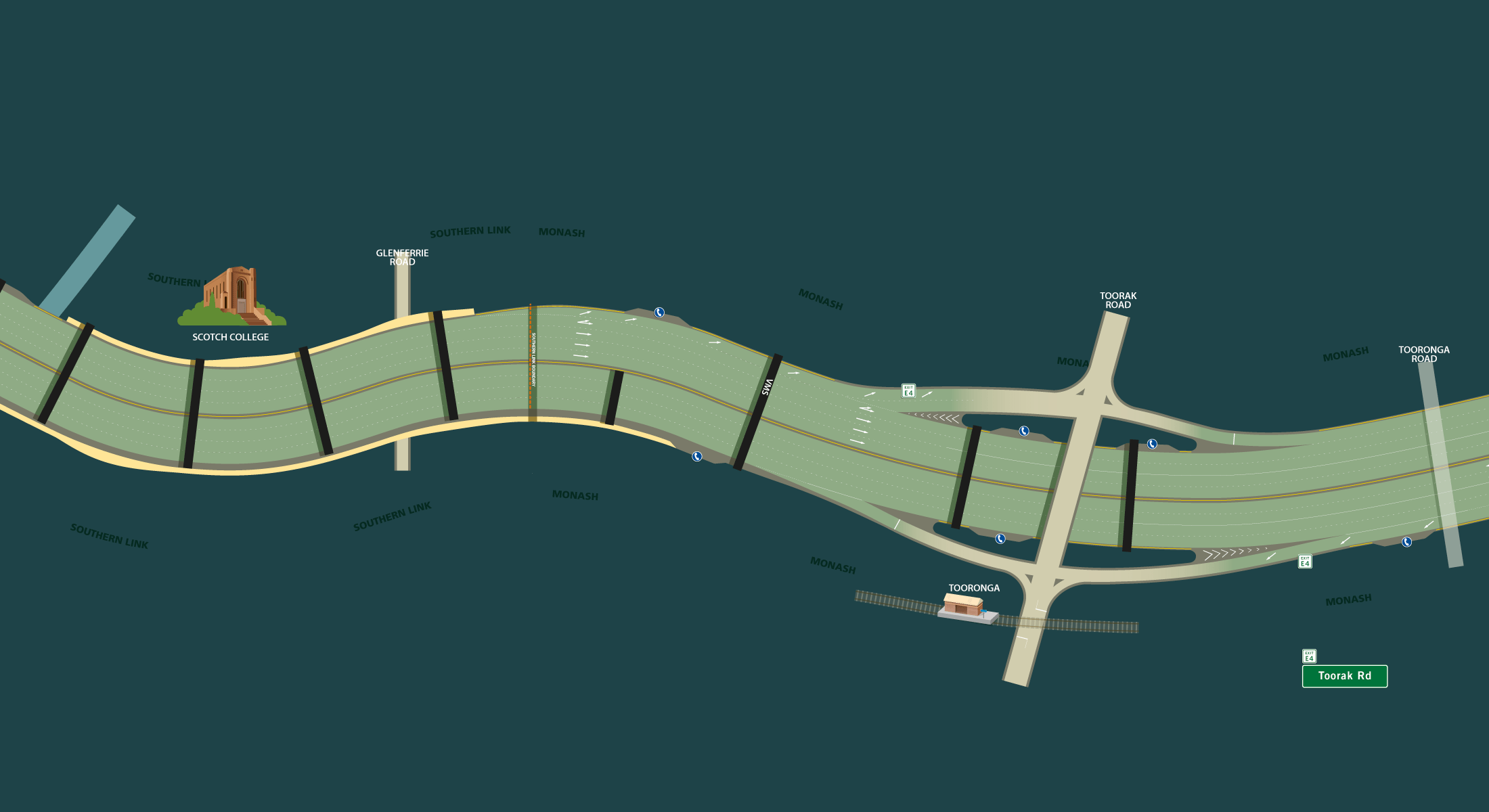 Following a successful trial in 2007, VicRoads has adopted Streams Motorway Management from Transmax as its primary traffic management and control system.

Throughout the world, the avoidable social cost of traffic congestion continues to rise each year with increased motorisation, urbanisation and population growth. Traffic congestion is responsible for an increase in travel times, vehicle operating costs and carbon emissions.

In 2007, VicRoads commissioned Streams Motorway Management for the M1 Monash Freeway upgrade in Melbourne, Australia. The objective of the trial was to maintain high vehicle throughput rates and thereby reduce travel times for peak hour commuters across 75km of urban motorway.

Streams has demonstrated reductions in the avoidable social cost of traffic congestion on the M1 motorway in Melbourne through this project. These savings include a 30% reduction of accidents on the motorway. (International toll road developer and manager Transurban has more recently reported a 60% reduction in accidents on the Southern Link in the flrst 12 months of operation.)

The system helped reduce travel time by 42% during peak periods on the motorway, and by 48% in the tunnel. Economic beneflts have been estimated at more than $1M per day while greenhouse gas emissions reduced by 11%. These saving have been achieved with a >25% increase in the sustainable peak hour ows on the motorway.

Chief executive of VicRoads Gary Liddle says the upgrade of the M1 has led to several signiflcant improvements, of which Streams played a key role.

“Following the upgrade of the M1 freeway and installation of Streams, travel times have been reduced and are now more reliable, which has in turn increased the freeway’s capacity,” Liddle says. “The system has enabled greater safety on the freeway, as well as making it more accessible for all users.”

After flrst introducing Streams to assist with the management of the M1, VicRoads has since adopted the Transmax product as its primary traffic management and control system. And it is expanding the coverage of Streams to include other freeways and major arterial roads across Victoria.

The Streams M1 system has won a number of national and international awards and this is generating interest in the system around the world. Principal engineer from ARRB Group John Gaffney says Streams Motorway Management has the ability to maximise the capacity of existing road infrastructure.

“Following the upgrade of the M1 freeway and installation of Streams, travel times have been reduced and are now more reliable, which has in turn increased the freeway's capacity. The system has enabled greater safety on the freeway, as well as making it more accessible for all users” Gary Liddle, chief executive, VicRoads

“The platform supports all the necessary day to day operational activities required to be undertaken by traffic management centres (TMC) including incident management, provision of up to the minute information for media channels and motorists, and provides well-developed analysis tools to enable historical evaluation of motorway performance.”

In addition to achieving award-winning results, another unique feature of Streams is its rules-based incident response functionality. Traditional incident response systems typically need more than 20,000 pre-deflned response plans. Many more plans are needed if secondary incidents are addressed. These plans are developed manually and are very expensive to produce. Policy changes such as a speed limit change often necessitate changes to thousands of plans. As a result, these plans are also expensive to maintain.

In practice, the pre-deflned plans often don’t match the speciflc incident circumstances so typical TMC responses include a mix of pre-deflned plans and manually implemented controls. The result is that authorities typically specify that responses should be achieved in less than 15 minutes.

TMC operators simply identify the location and nature of the incident to initiate a response. The system then generates and implements the appropriate response plan automatically. If a secondary incident occurs, the additional incident details are provided and the system automatically adjusts the response to cater for the new circumstances. Fast and consistent responses are achieved with a major reduction in TMC workload.

A service oriented architecture enables Streams to be continuously and easily upgradable. New services replace old with minimal impact, algorithms within the major services are replaceable and multiple algorithms can be included and switched at run time if required. The system is fully scalable from small towns to large cities.

Streams Motorway Management Deployment by Vicroads in Melbourne, Australia Benefits Economic benefits estimated at more than $1M per day. Accidents reduced by 30% on the motorway. Travel time reduced by 42% during peak periods on the motorway and 48 per cent in the tunnel. Greenhouse gas emissions reduced by 11%. 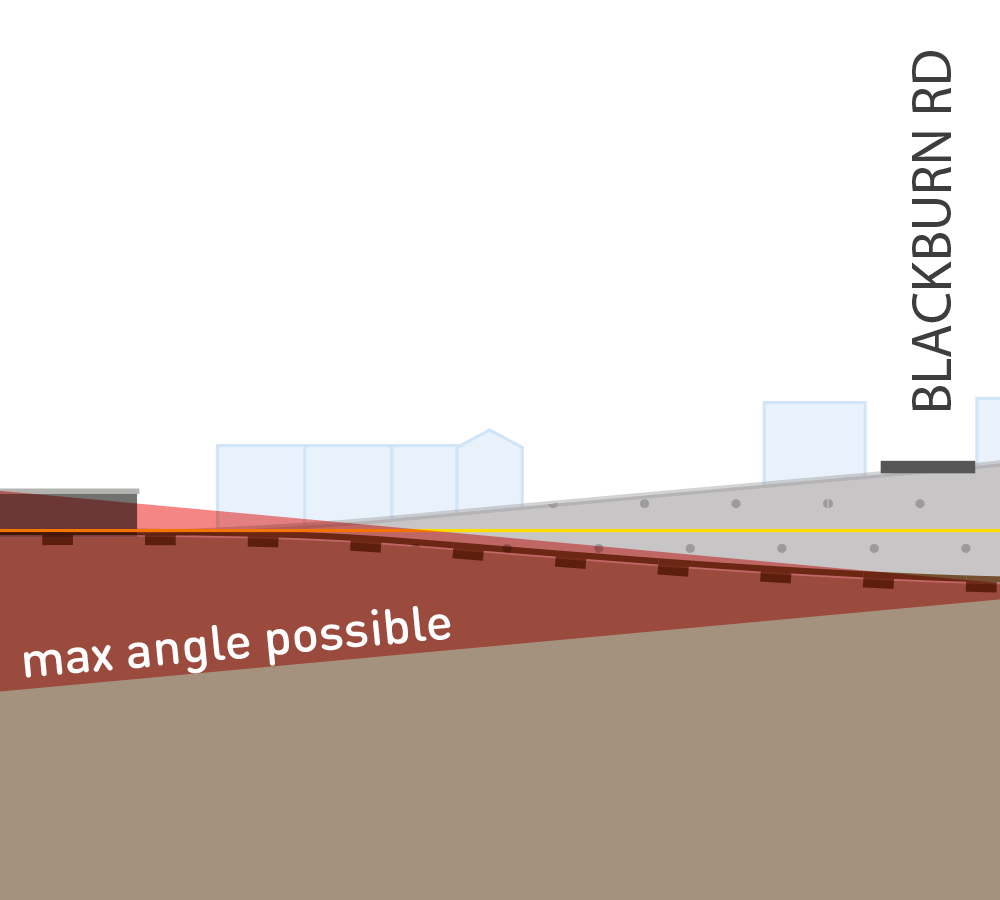